The storm that ripped through New York City on Tuesday caused two and a half million people to lose power.

One resident posted the result of the high-powered winds to Reddit.

"Wind from the storm in New York blew down a tree, which pull up my entire yard," he said. 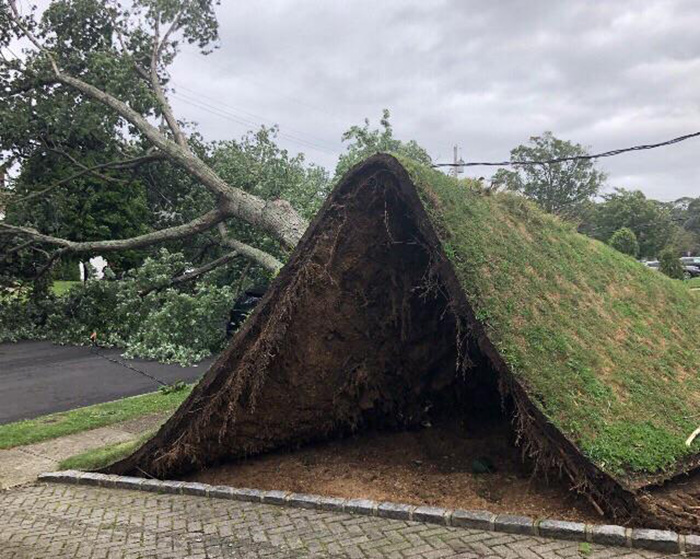 While it's an unfortunate situation, many Reddit users can't help but joke that it looks like a scene from an old Looney Tunes episode.

"Can you just.. push it back?" one user commented.

"If you push it down, it will cause the ground to bulge upward reflexively in China if cartoons have taught me anything."

"The tree actually opened up and revealed the entrance to a dungeon filled with valuable loot but great danger."

"Now cutting grass will be a roller coaster ride!"