Four ancient armadillos that are believed to have roamed the earth 20,000 years ago have been discovered at the bottom of a riverbed in Argentina. 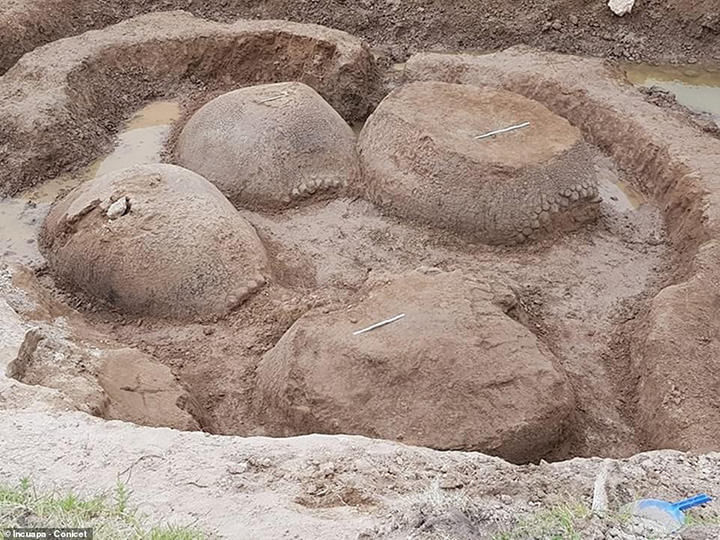 The remains of the prehistoric armadillos named "glyptodonts" were found near Buenos Aires by an Argentinian farmer.

Juan de Dios Sota said he was taking his cows out to graze near a dried-out river bed when he noticed two strange formations.

After taking a closer look, he knew he had stumbled upon something amazing. 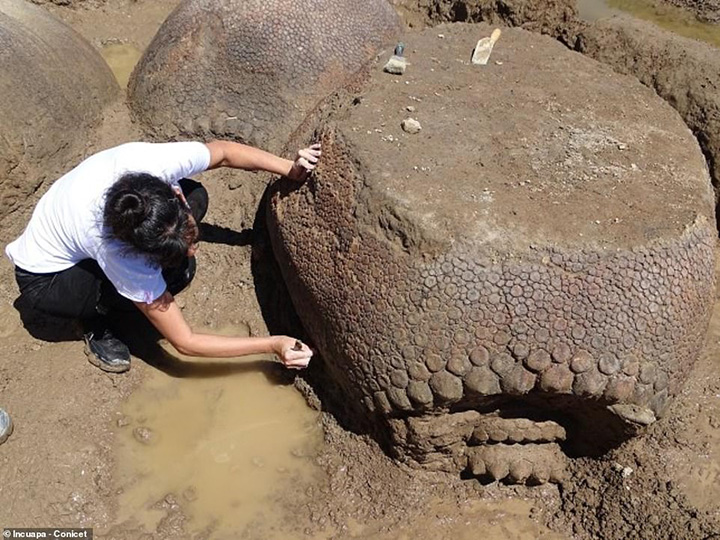 Pablo Messineo, one of the archaeologists at the scene, said: "We went there expecting to find two glyptodonts when the excavation started and then two more were found!"

Messineo added that the sizes indicate the group was comprised of two adults and two younglings.

Glyptodonts are the early ancestors of our modern armadillos.

They are believed to have weighed around 2,000 lbs and could grow to the size of a Volkswagen Beetle.