He's Got A Funny Face, Antifreeze In His Blood, And Loves To Cuddle With Divers

The wolffish has the face only a mother could love, but these goofy looking fish are surprisingly affectionate. 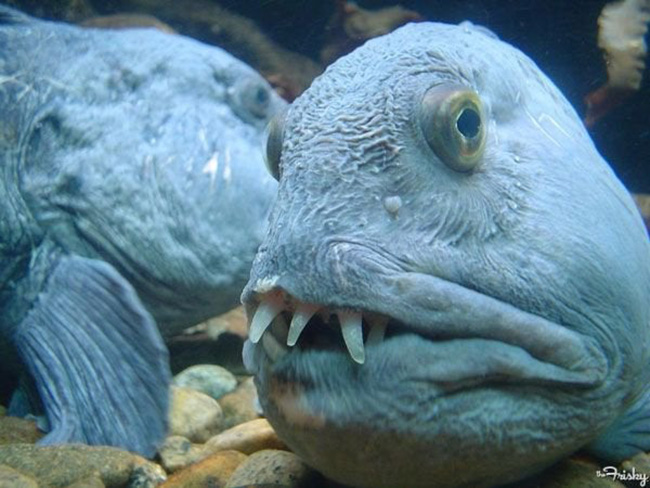 Wolffish inhabit both the west and east coasts of the Atlantic Ocean. They are benthic dwellers, living on the hard ocean floor, frequently seen in nooks and small caves. They are usually found in water temperatures of −1 to 11 °C.

In order to resist freezing in their very cold habitat, wolffish produce natural antifreeze to keep their blood moving fluidly.

And that’s not the only thing that makes these creatures so unique!

Unlike most fish species, which "broadcast spawn" (females release thousands of eggs into the water, and males compete to fertilize them externally), wolffish pair up and fertilize the female's eggs internally (much in the same way mammals mate). The female incubates the eggs for four to nine months (depending on the water temperature) before laying them in large clusters, which the male then aggressively protects for about four months until they hatch. 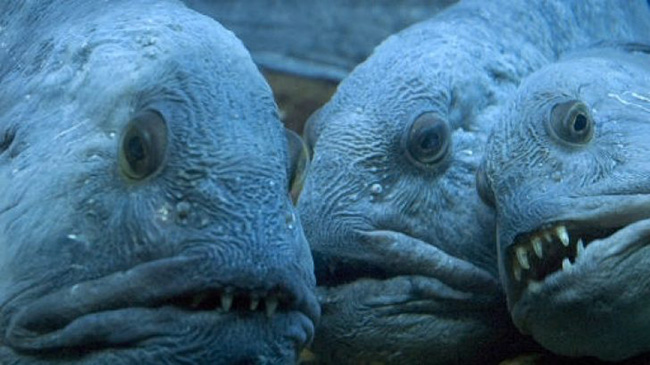 Divers often befriend their local wolffish because these deep sea monsters are the opposite of aggressive -- they're very affectionate!