A Woman Was Told By Voices In Her Head She Has A Brain Tumor And The Location. They Were Right.

A woman was correctly told she had a brain tumor by voices in her head, according to doctors in England.

After her surgery, the voices returned and told her, "we are pleased to have helped you, goodbye." 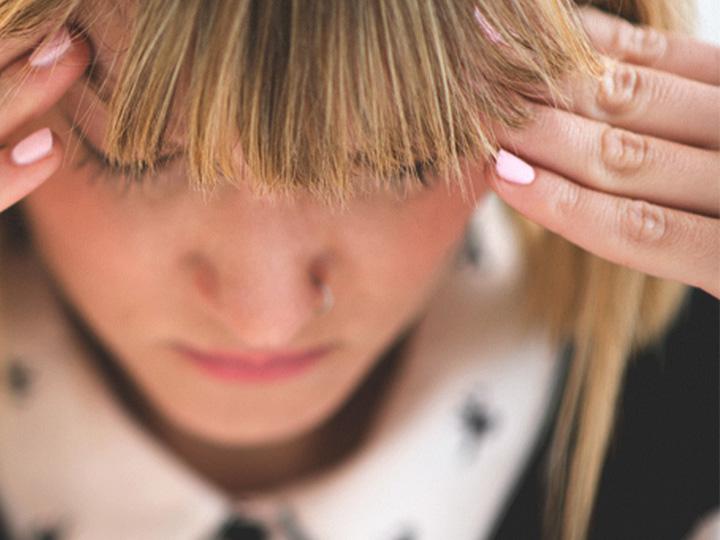 Psychiatrist Ikechukwu Obialo Azuonye wrote about his treatment of the woman, who had no history of mental illness, in the British Medical Journal.

"A previously healthy woman began to hear hallucinatory voices telling her to have a brain scan for a tumour. The prediction was true; she was operated on and had an uneventful recovery.

No previous illnesses, born in continental Europe in the mid-1940s, the patient settled in Britain in the late 1960s.

After a series of jobs, she got married, started a family, and settled down to a full time commitment as a housewife and mother. She rarely went to her general practitioner as she enjoyed good health and had never had any hospital treatment. Her children had also been in good health.

In the winter of 1984, as she was at home reading, she heard a distinct voice inside her head. The voice told her, 'Please don't be afraid. I know it must be shocking for you to hear me speaking to you like this, but this is the easiest way I could think of. My friend and I used to work at the Children's Hospital, Great Ormond Street, and we would like to help you.'

AB had heard of the Children's Hospital, but did not know where it was and had never visited it. Her children were well, so she had no reason to worry about them. This made it all the more frightening for her, and the voice intervened again: 'To help you see that we are sincere, we would like you to check out the following'— and the voice gave her three separate pieces of information, which she did not possess at the time. She checked them out, and they were true, but this did not help because she had already come to the conclusion that she had 'gone mad'.

In a state of panic, AB went to see her doctor, who referred her urgently to me. I saw her at the psychiatric outpatients clinic, and diagnosed a functional hallucinatory psychosis. I offered general supportive counselling as well as medication with thioridazine.

To her great relief, the voices inside her head disappeared after a couple of weeks of treatment, and she went off on holiday. While she was abroad, and still taking the thioridazine, the voices returned.

They told her that they wanted her to return to England immediately as there was something wrong with her for which she should have immediate treatment. By this time, she was also having other beliefs of a delusional nature.

She returned to London and I saw her again at my outpatients clinic. By this time, the voices had given her an address to go to. Reluctantly, and just to reassure her that it was all in her mind, her husband took her by car to the address in question; it was the computerised tomography department of a large London hospital.

As she arrived there, the voices told her to go in and ask to have a brain scan for two reasons — she had a tumour in her brain and her brain stem was inflamed. Because the voices had told her things in the past that had turned out to be true, AB believed them when they said that she had a tumour and was in a state of great distress when I saw her the next day.

In order to reassure her, I requested a brain scan, explaining in my letter that hallucinatory voices had told her that she had a brain tumour, that I had not, personally, found any physical signs suggestive of an intracranial space occupying lesion, and that the purpose of the scan was essentially to reassure the patient. The request was initially declined, on the grounds that there was no clinical justification for such an expensive investigation. It was also implied that I had gone a little overboard, believing what my patient's hallucinatory voices were telling her.

Eventually, after some negotiation, the scan was done in April.

The initial findings led to a repeat scan, with enhancement, in May, revealing a left posterior frontal parafalcine mass, which extended through the falx to the right side. It had all the appearances of a meningioma. The consultant neurosurgeon to whom I referred AB noted the absence of headache or any other focal neurological deficits related to this mass, and discussed, with AB and her husband, the pros and cons of immediate operation as against waiting for symptoms to appear.

In the end, it was agreed to proceed with an immediate operation. AB's voices told her that they were fully in agreement with that decision.

These were the notes of the operation, carried out in May 1984: 'A large left frontal bone flap extending across the midline was turned following a bifrontal skin flap incision. Meningioma about 2.5" by 1.5" in size arose from the falx and extended through to the right side. A small area of tumour appeared on the medial surface of the brain. The tumour was dissected out and removed completely along with its origins in the falx.'

AB later told me that when she recovered consciousness after the operation the voices told her, 'We are pleased to have helped you. Goodbye.'

There were no postoperative complications."

In addition, the hallucinatory voices she had expressed never returned. The woman called Azuonye 12 years after the operation to wish him a Merry Christmas and told him she had been completely well ever since the operation.

"This is the first and only instance I have come across in which hallucinatory voices sought to reassure the patient of their genuine interest in her welfare, offered her a specific diagnosis (there were no clinical signs that would have alerted anyone to the tumour), directed her to the type of hospital best equipped to deal with her problem, expressed pleasure that she had at last received the treatment they desired for her, bid her farewell, and thereafter disappeared," Azuonye added.