Meet Herman the pigeon and Lundy the chihuahua! 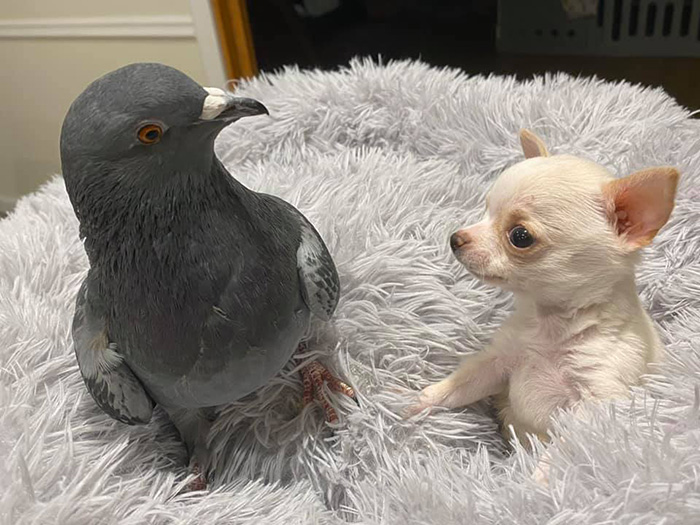 The unlikely duo met through the Mia Foundation, a rescue organization in Rochester, New York, that rehabilitates animals with birth defects and physical deformities. 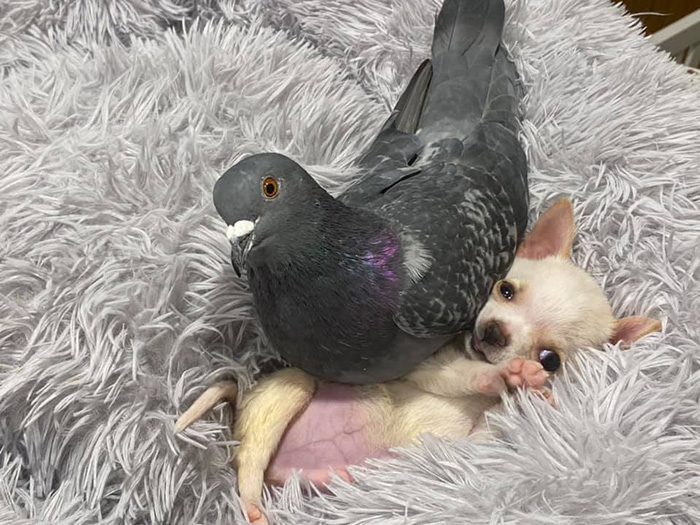 Herman suffered neurological damage more than a year ago and can't fly.

Lundy, a newborn chihuahua puppy, can't use his back legs.

But stick them together and the two will snuggle up as though they're family. 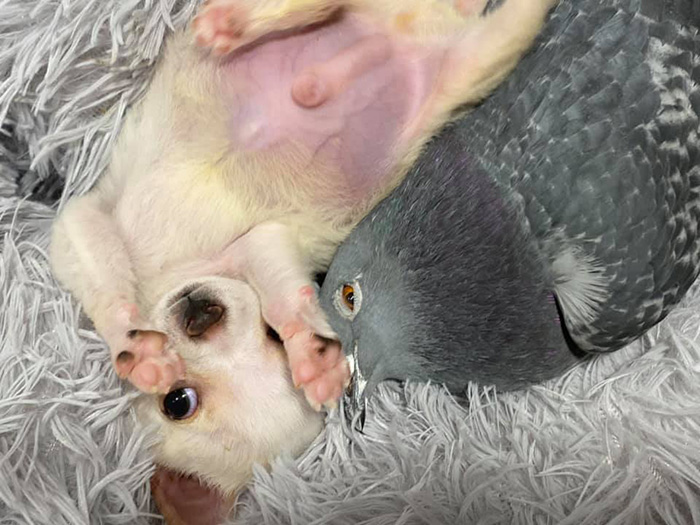 Herman was found over a year ago in a parking lot, where he sat on the pavement, unmoving, for three whole days. Eventually his rescuers realized the poor pigeon couldn't fly. 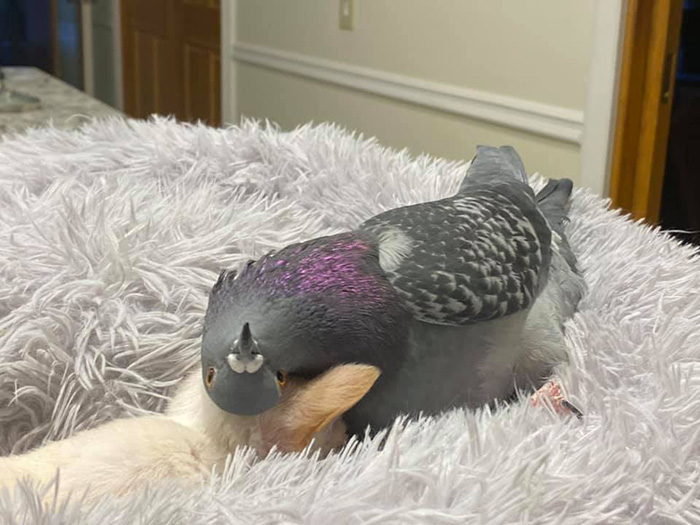 Breeders in South Carolina sent Lundy to the Mia Foundation because he had trouble using his hind legs, a condition known as swimmers syndrome. 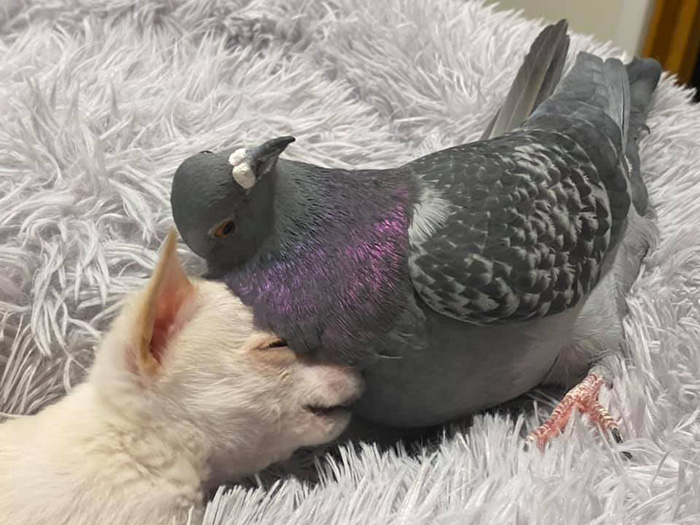 Sue Rogers, the nonprofit's founder, said she sat the two together while attending to Lundy and saw the way they snuggled up almost immediately. 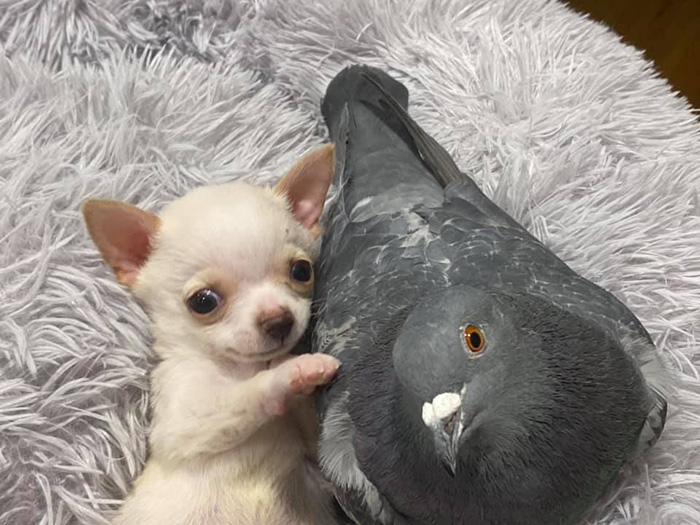 Herman will likely stay in Rogers' care for the rest of his life. If Lundy does get adopted, hopefully they'll take Herman, too!