The maned wolf is the largest canid in South America.

They inhabit the cerrado, the largest biome of South America, which is comprised of wet and dry forests, grasslands, savannas, marshes and wetlands. 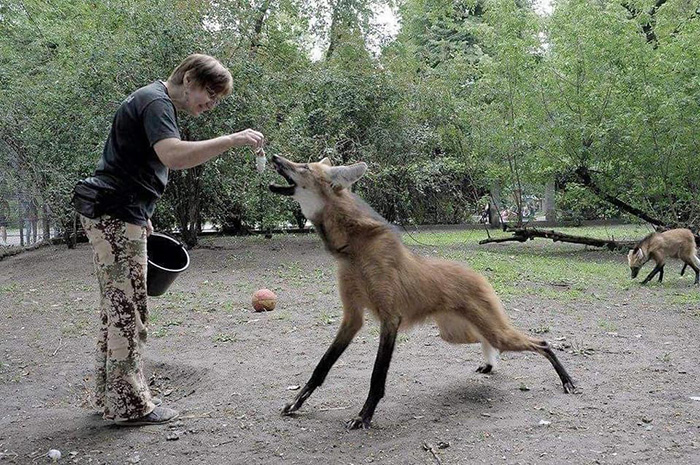 The maned wolf resembles the fox, but he is not a fox or a wolf. 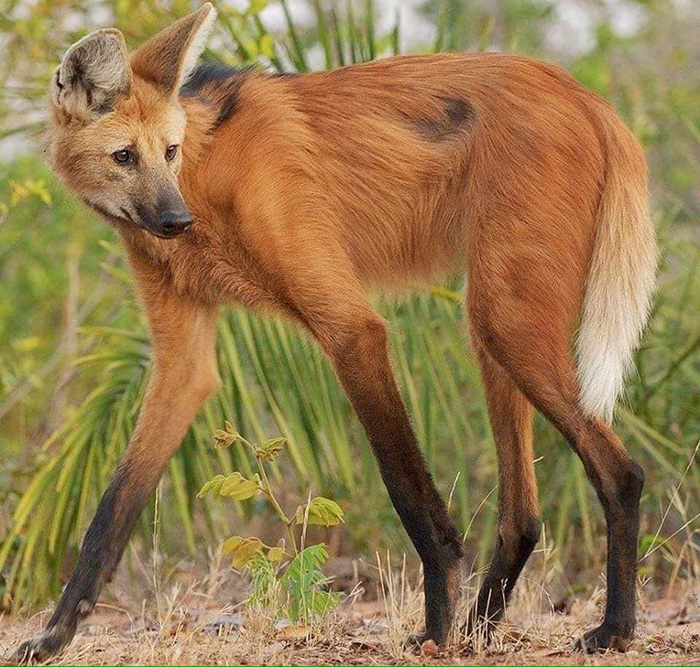 It is the only species of the genus Chrysocyon, which means "Golden Dog". 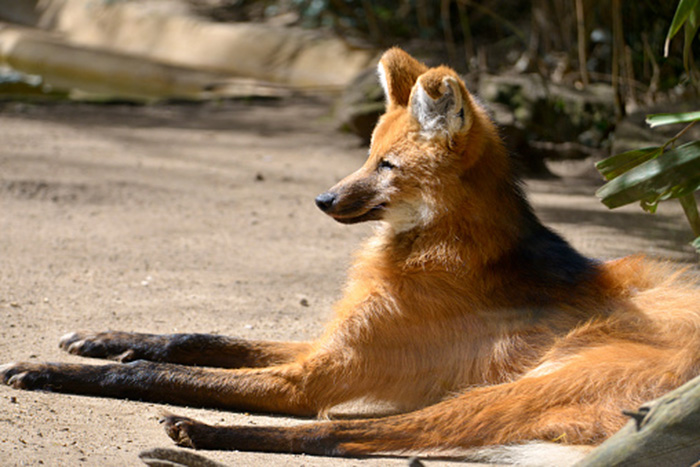 Unlike most large canid species (such as the gray wolf), the maned wolf is a solitary animal and does not form packs. It hunts alone. 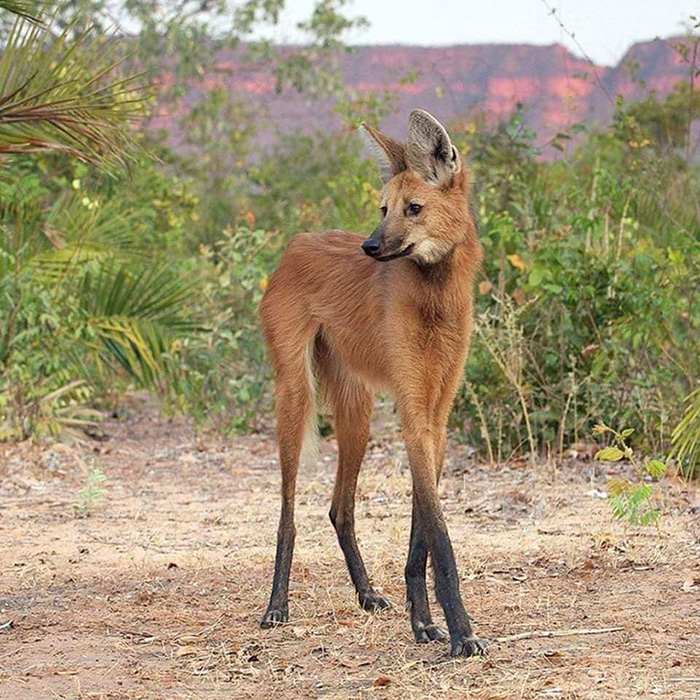 Listen to its ferocious roar bark!

Roar barking at its finest. Nopal was being a good daddy and protecting his babies in the den behind him #manedwolf #soundon #roarbarking #endangeredwolfcenter