A coyote and a badger were captured on a wildlife camera using a culvert as a crossing to pass under a busy California highway together.

In the video, the coyote can be seen eagerly waiting for his waddling friend to join him.

A coyote and a badger use a culvert as a wildlife crossing to pass under a busy California highway together. Coyotes and badgers are known to hunt together.

This isn't the first time a coyote and badger have been spotted together.

They are actually known to hunt together because they can be more successful when they work as a team. 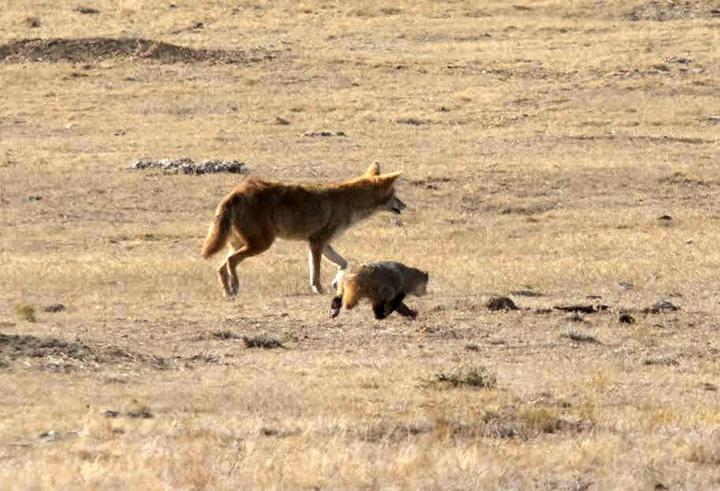 According to the US Fish and Wildlife Service, studies have shown that this unusual relationship is beneficial for both species.

The coyote can chase down prey, such as prarie dogs and squirrels, if it runs and the badger can dig after prey if it heads underground into its burrow systems. 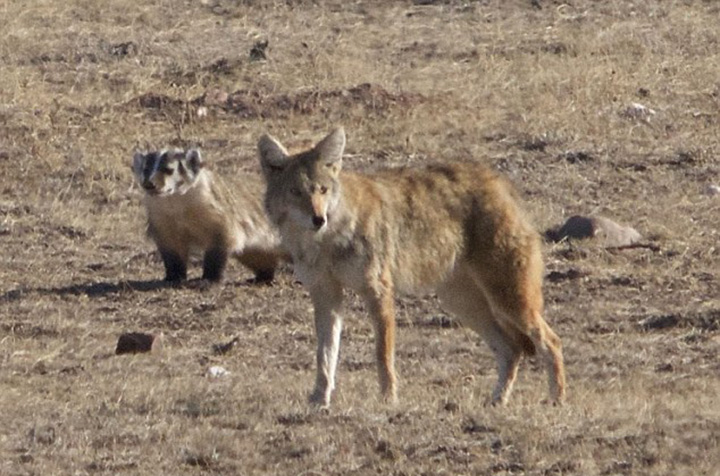 Each partner in this unlikely duo brings a skill the other one lacks.

Together they are both faster and better diggers than the burrowing rodents they hunt. 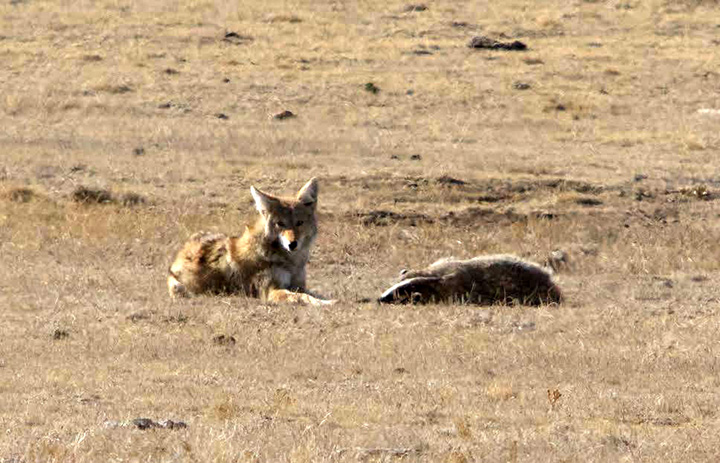