In March of 1962 in Chicago, referees stopped the game to help a player find his missing contact lens on the ice. 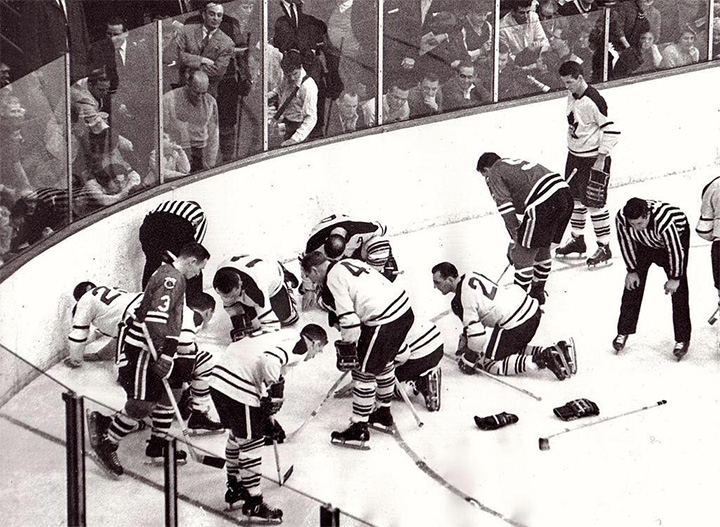 You're not going to believe this, but... they never found it.

The Toronto Maple Leafs were in Chicago to play the Black Hawks. Six minutes into the second period, Toronto's Bob Nevin lost the contact lens he was wearing in his left eye.

The Chicago Tribune reported in 1962:

"Dollard St. Laurent, Hawk defenseman, first caught Mr. Nevin in the corner, lined him up, and then gave him a body slam. As Nevin started to collapse, Dolly landed a short left hook that Referee Eddie Powers didn't see, and then collapsed on the prone Nevin — knees first.

Play continued after Nevin arose, but the swift Toronto right winger just stood in one spot motionless, yelling for help. Time was called and players from both teams dropped to hands and knees searching for the lenses. They never were found, and Nevin groped thru the remainder of the game."