A 14-year old boy in Michigan rushed to rescue a cat hanging off the overpass on a highway after it was tossed from a moving car. 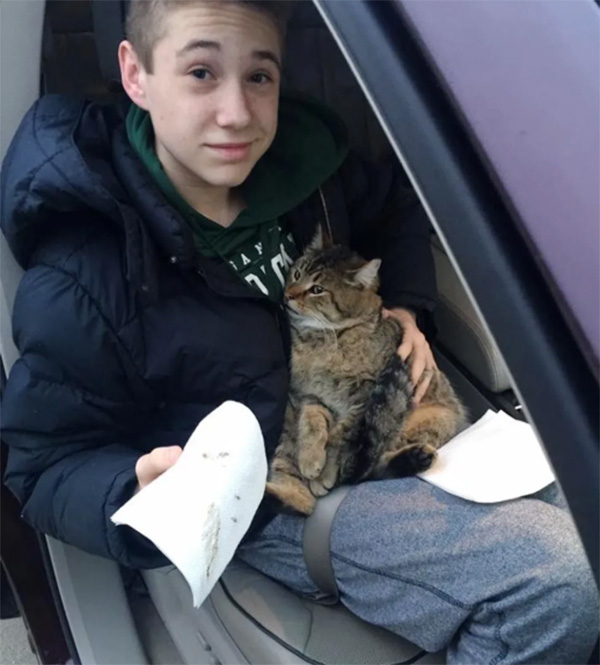 Gavin was driving with his mother Erin Brown in Grand Rapids when they saw a cat tossed from the window of the vehicle in front of them.

As she came to a stop, Gavin bolted out of the car and signaled the incoming traffic to stop so he could get to the cat and rescue him.

"In shock watching the cat slam the pavement and scurry all over the highway, he ran to the overpass right by me and jumped on top of the overpass about to jump down," Brown told Love Meow.

"Not sure which I'm in more shock of, the cat being thrown out a window of a moving vehicle on 196 or my son flying out of my car onto the highway and diving into an overpass to rescue a cat." 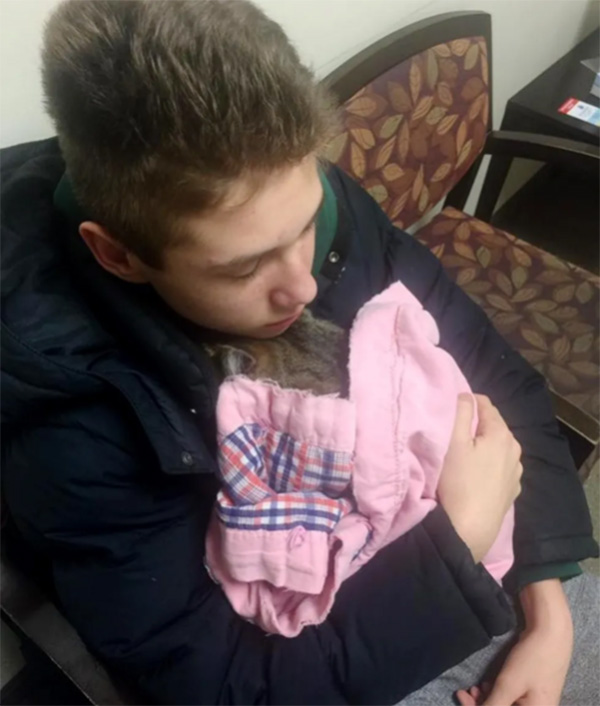 The cat cuddled right into Gavin's arms. Gavin held him tightly and kept petting him to show him that we wouldn't hurt him and gain the cat's trust.

"Gavin was not letting go of his new baby," she said. "The bond was instant and he was a hot emotional mess over this cat."

The cat was taken to a local animal hospital and made a full recovery. Gavin and his mother adopted the cat and decided to name him Lucky. 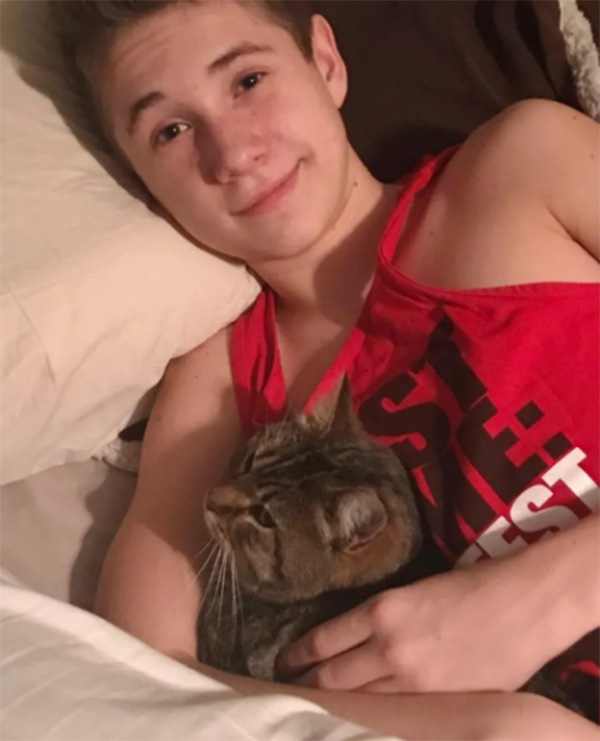 "Lucky is well aware that Gavin saved him and their bond is one I just can't describe," Brown said. "Lucky is so far the sweetest cat I have ever met! He is so mellow and playful and just plain lovable!"