Deputies with the Palm Beach County Sheriff's Office responded to reports of a woman screaming for help from inside a neighbor's home.

They showed up to the home only to discover that the "woman" was actually a parrot. 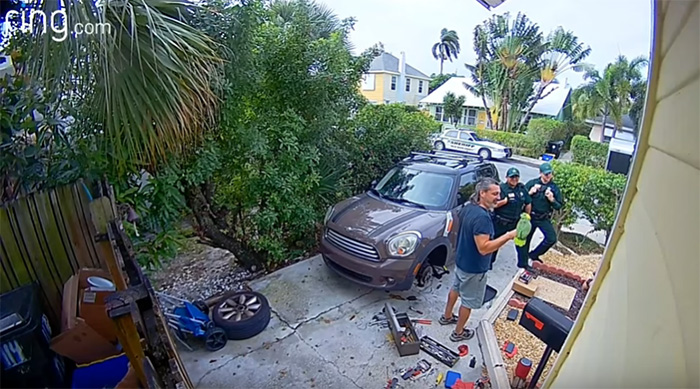 The homeowner was working on his car when the deputies arrived and notified him that his neighbor had called to report that there was a woman screaming inside asking for help and to be let out.

"I was changing the brakes on my wife's car and had my 40-year-old parrot, Rambo, on his outside perch where he sings and talks," the homeowner said. "Sometime later four police officers showed up saying a neighbor called because she heard a woman screaming for help.

I promptly introduced the officers to Rambo and we all had a good laugh.

Afterward, I also introduced Rambo to the neighbor who called in the screaming. She too had a good laugh.

Sometimes Rambo yells 'help, help, let me out'. Something I taught him when I was a kid and Rambo lived in a cage."