Nikola Tesla Once Spent $2,000 To Help An Injured Pigeon

In 1922, inventor Nikola Tesla spent over $2,000 on a very special pigeon that came to visit him every day. 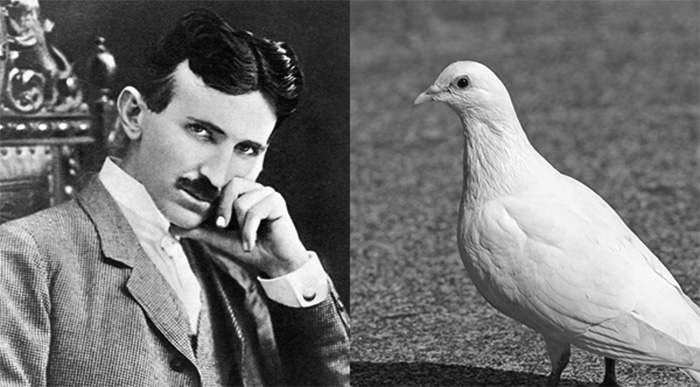 He began feeding them from the window of his hotel room at St. Regis Hotel, too.

Tesla said that he had been visited by a specific injured white pigeon every day through his open window. He spent over $2,000, including building a device that comfortably supported her so her bones could heal, to fix her broken wing and leg.

"I have been feeding pigeons, thousands of them for years. But there was one, a beautiful bird, pure white with light grey tips on its wings; that one was different. It was a female. I had only to wish and call her and she would come flying to me. I loved that pigeon as a man loves a woman, and she loved me. As long as I had her, there was a purpose to my life."

Tesla said that his life had a meaning as long as this pigeon existed, and indeed when the pigeon died, Tesla's work ended.