After Miraculously Surviving The Titanic Disaster, This Officer Went On To Save Hundreds Of Lives

Charles Lightoller was the second officer on the Titanic and stayed on board until the end. He was trapped underwater until a boiler explosion blew him free. He survived by clinging to a capsized raft.

Later, he volunteered in World War II and helped evacuate 127 men from Dunkirk. 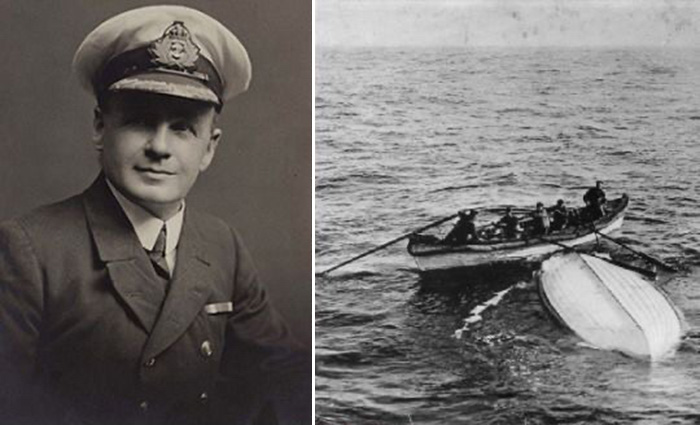 Lightoller was the most senior member of the crew to survive the Titanic. As the officer in charge of loading passengers into lifeboats on the port side, Lightoller strictly enforced the "women and children first" protocol.

Lightoller stayed until the last, was sucked against a grate and held under water, but then was blown from the grate by a rush of warm air as a boiler exploded. He found refuge on an upturned collapsible boat with 30 others, showing his fellow survivors how to shift their weight to avoid being swamped, until their rescue at dawn.

Lightoller served as a commanding officer of the Royal Navy during World War I and was twice decorated for gallantry.

Later, in retirement, he further distinguished himself in World War II, by providing and sailing as a volunteer on one of the "little ships" that played a part in the Dunkirk evacuation.

Rather than allow his motoryacht to be requisitioned by the Admiralty, he sailed the vessel to Dunkirk personally and repatriated 127 British servicemen.

In the video below, Lightoller recounts the sinking of the Titanic during an interview with BBC in 1936.