After spending a few months on a resale page for baby clothes to save money, Sally Mitchell has decided that she's going to stick with Carter's clothes from now on. Because resale mothers are psychotic... 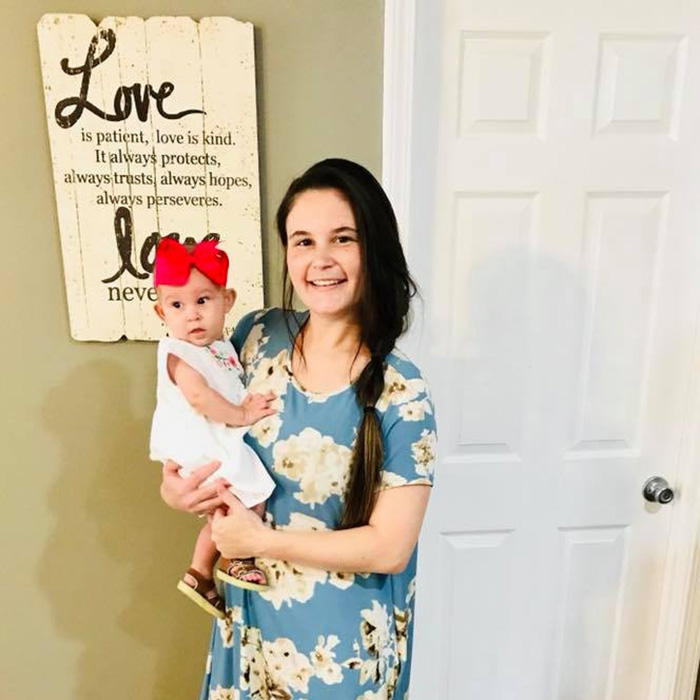 "So I've been apart of a resale page for baby clothes a few months now trying to steal some deals for my kid so I don't have to pay full price and can occasionally dress her in something other than Garanimals. Nothing but love for Garanimals, though. You're the real MVP.

I've learned a few things. First of all, resale mothers are psychotic.

Linda is asking SEVENTY TWO DOLLARS for GENTLY USED PAJAMAS YALL. BuT tHeYrE sO sOfT!! LINDA: THATS A WEEKS WORTH OF GROCERIES YOU ASKING ME TO SPEND $72 ON. advice: let your child sleep naked. It is free.

Nancy is asking $100 as her let go price for the worlds gaudiest, mess of a romper that she bought simply for the name brand that it is.

Name brands. Let's talk about name brands. There's something called Well Dressed Wolf. Has nothing to do with real wolves that I can tell. What I CAN tell is that WDW (<— I'm down with hip lingo) is expensive. Fellas. If your wife found WDW on sale, that means it's $90 instead of the regularly priced $1100. Some exaggeration, but not much.

Obscene amounts of clothes. I cannot express to y'all how many women start their "purges" (but not like the movies where you kill people, but same amount of intensity) with something like "we bought WAYYY too much, Brentleigh Fentleigh Pinot Noir never even got to wear this.

-Well Sheila, that's because you bought 112 newborn outfits. Where are you going that you think your newborn needs to be changing 22 times a day? My newborn wore the same outfit for a week. Visitors almost called DHS on me, probably.

Shoes. I just saw a pair of toddler converses for sale for $50. I assume the mother is on drugs because why would you ever.

PLAY CONDITION: this outfit has pit stains, dog slobber, ripped out seams, and the Scarlett letter "A" in black permanent marker. Asking $22. Huh!? Denise. Honey. That outfit is $28 brand new. Your child has drug it through the ringer, it obviously has never seen pre wash stain removal, and your child has probably committed a felony in it. Knocking off $6 and labeling it "play" is not a deal or a steal. ~GrEaT fOr DaYcArE~! No. It's a great day to throw that in the trash, sis.

And last but not least, I see the same few women buying MULTIPLE items on every single purge. In a group with 53,000 women - that's a lot of items for sale daily. Sis. What do you or your baby daddy do for a living that you can sit at home all day and dress Braxtlynn and Jameithlynnette in sister outfits that cost $45 a piece. Your kids are walking around in $90 everyday. Wut.

In conclusion: I have been educated in the world of girl motherHOOD, and Carter's will be my jam until the end. Thanks for coming to my Ted Talk.