After eating only potatoes for an entire year, a Melbourne father has lost 110 pounds and feels healthier and happier than ever.

Andrew Flinders Taylor said he was going to adopt a potato-only diet for a year in a bid to lose weight, and most people thought he was crazy.

Most nutritionists wouldn't recommend following such a restrictive eating plan, but Andrew believed he could get everything he needed from potatoes by eating a mixture of sweet and white varieties. 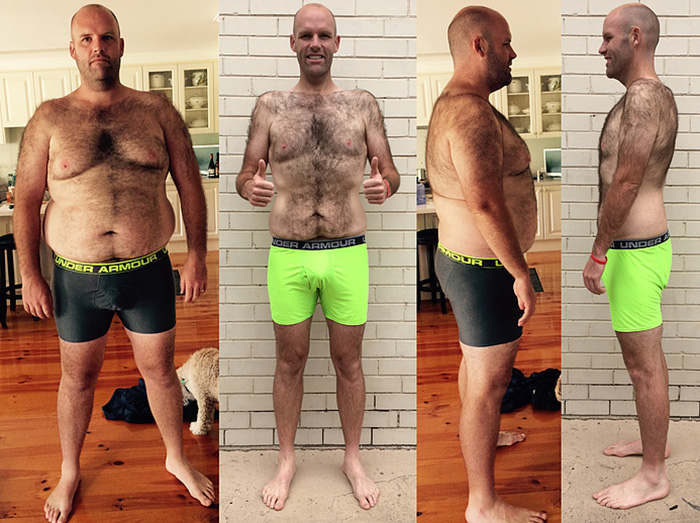 Eating white potatoes alone will result in vitamin deficiencies, so it was crucial that Andrew ate sweet potatoes too.

"I'm getting over 600 per cent of my daily iron retirements and over 400 per cent of vitamin c as well as heaps of fibre - all things that so-called experts have said I'd be low in today," Taylor told The Independent.

"The only thing of concern was calcium, potatoes have calcium but maybe not enough. To be sure I'm using a calcium fortified organic soy milk to make mashed potatoes."

Andrew has now started the website Spudfit.com on which he talks about the process and how other people can adopt his diet.

"My health just continues to improve. I had high cholesterol but now it's low, my blood pressure has dropped and my sugar level has dropped," he said.

"Every time I get a new blood test, it just gets better."

Andrew added that he started the challenge with next to no exercise, but now does about an hour a day on the bike.