A Las Vegas restaurant owner has had more business in the past couple of days than in the restaurant's entire existence, thanks to a viral TikTok video. 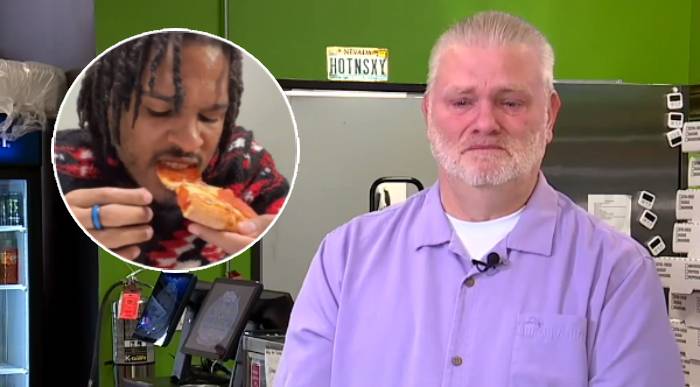 Frankenson's, a pizzeria in Las Vegas, went from having almost no customers to being sold out overnight.

It happened after popular TikToker and food reviewer Keith Lee posted a video about the place.

Frankenson's owner Frank Steele is calling it a miracle.

"I had this guy come in and didn't know who he was, and I started talking to him because I like talking to all my customers. I asked him where he was from and what he did for work and that's when he said he was a food critic," Steele told the local news station.

"Our phone never stopped ringing. I've sold more lemon pepper wings in the last two days than I have in the past four months. I made more garlic knots yesterday and the day before than I've ever made," Steele said.

"I have people coming in from Iowa, people from California, Lake Havasu. I had people come down from Utah, all because of this video."

The video has over 27 million views on TikTok.

"It's just been overwhelming. It's been a blessing. This restaurant has been a dream of mine for 30 years," Steele said with tears in his eyes.

"All I can say is thank you. This has been life-changing."