When an SOS went up at a troubled Louisiana high school, who answered the call?

A bunch of dads. 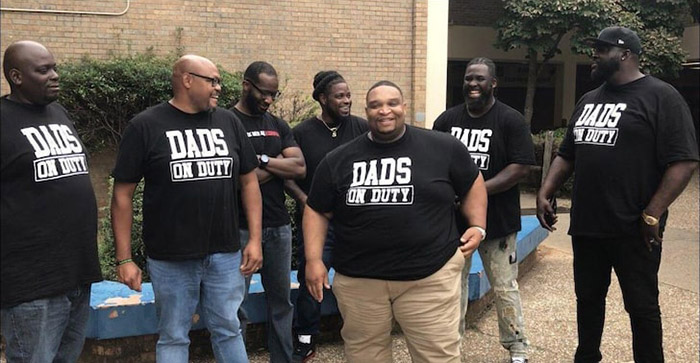 A coalition of concerned fathers stepped up at their local high school in Shreveport after a series of disturbing fights broke out over the course of a week.

More than 20 students were arrested in just three days.

To help stop the violence, about 40 fathers came together and formed a support group called "Dads on Duty".

They take turns spending time at the school greeting students in the morning and helping maintain a positive environment for learning, rather than fighting.

So far, the effort is working.

There hasn't been a single incident on campus since the dads showed up.