Veteran, 79, Cries After Learning Strangers Bought Him A New Scooter

When U.S. Navy veteran Kenny Jary's mobility scooter broke down, he was heart broken. You see, that scooter was his ticket out of isolation and his only way to access his beloved community.

When TikTok users learned about Kenny's loss, they raised money to buy him a new one. 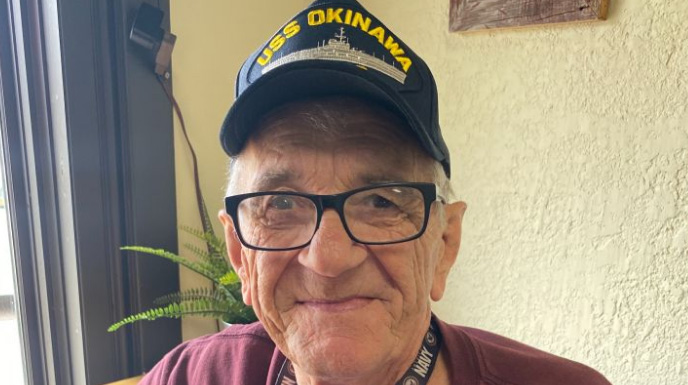 Kenny is 79 years old and lives in Willernie, Minnesota. He became a TikTok sensation after his mobility scooter broke down. His neighbor, Amanda, posted a video of him talking about how he sad he was that his scooter broke down.

"You know I met some beautiful people on this scooter by traveling around, the coffee shop and Veteran's Park and I met Amanda, Jenny, and Jerry and that's when I start to cry... because that's how I met them," Kenny says in the video.

The video (below) garnered millions of views on TikTok.

So, Amanda launched a GoFundMe page to buy Kenny a new scooter.

When Amanda told Kenny the good news, he broke down in tears.

After taking a few laps on the scooter, Kenny said, "It's the nicest gift I ever had in my whole life."

After Navy veteran Kenny Jary's scooter broke down, TikTok users stepped up to help. More than $100,000 later, the 79-year-old from Willernie, MN was surprised with a new scooter today. Hear from Kenny about how they're now giving back to other veterans on @kare11 after the game. pic.twitter.com/kCGpR4OBuk

And now, Kenny is the one giving back.

Using the extra money raised on his fundraiser, he's purchasing scooters for other veterans in need. But when he invited people to nominate a veteran to receive a scooter, he received more than 500 submissions.

So, with Amanda's help, Kenny launched a GoFundMe page to raise more money to meet the demand.

"Every donation made here will go directly to purchasing free scooters for veterans. You've seen how happy Kenny's new scooter made him. We want to be able to put that type of smile on the faces of even more of those who have served our country with such dedication and honor," the fundraiser states.

You can make a donation here. Follow Kenny on TikTok here.