He Traveled Cross-Country To Mine Diamonds For His Girlfriend's Engagement Ring -- And Dug Up A 2.2 Carat Beauty

A man from Washington state has dreamt his whole life of finding a raw diamond to create a one-of-a-kind engagement ring for his future spouse.

He just found a 2.2 carat diamond at Crater of Diamonds State Park in Arkansas. 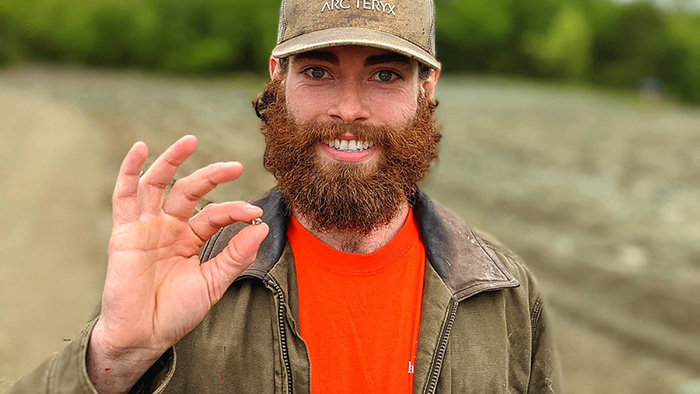 Christian Liden of Poulsbo, Washington came to Arkansas as part of his journey to create an engagement ring for his future wife -- but the idea began back when he was in the eighth grade.

"Mr. Liden has dreamed of creating a special ring for his future wife, with stones and gold he mined himself," said Assistant Superintendent Dru Edmonds. "And now he can make that dream come true!"

He watched videos from those who were successful in finding diamonds, and tried to get as much information as he could before deciding to plan his trip. His friend Josh, who has known about Liden's dream from the beginning, decided to join him on the adventure.

On May 1, Liden and Josh travelled Montana to mine sapphires. After a successful first dig and a day in Yellowstone, the two arrived in Arkansas on May 7.

On the third day at Crater of Diamonds State Park he found the diamond that will be his center stone.

"I saw it shining as soon as I turned the screen over and immediately knew it was a diamond," he said. "I was shaking so bad I asked my buddy to grab it out of the gravel for me." 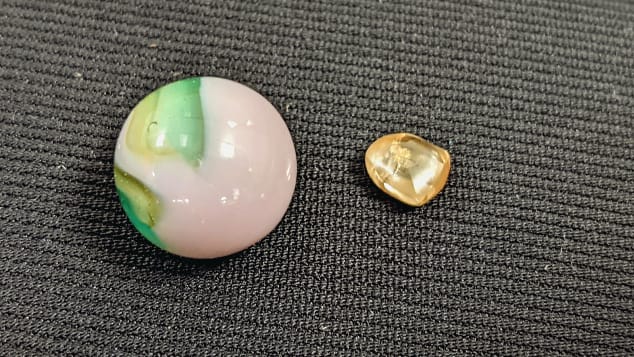 "Mr. Liden's diamond is light yellow, with a triangular shape and a sparkling, metallic luster. Like most diamonds from the park, it contains a few inclusions, making it one-of-a-kind," Edmonds said.

Liden proposed the day after he returned home. She said yes.