Woman's Act Of Kindness Inspired By Her Own Survival Story

A Louisville woman who had just passed her barber exam gave her first official haircut to a homeless man at a bus stop. 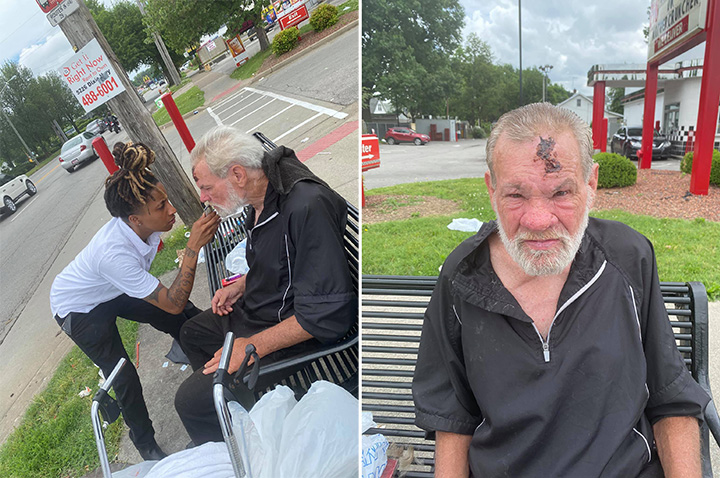 Lex Moran says she makes it a point to take care of Joe whenever their paths cross.

"When I pull up, I try to feed him, give him a little money, make sure he has clothes and whatever he needs just to maintain through that day," Moran told WLKY.

On Sunday, the 29-year-old spotted Joe at a bus stop in the Taylor Berry neighborhood and he mentioned that he wanted a haircut.

"He was talking about how his hair was longer and it was tickling his ears," Moran said.

Lucky for Joe, she had just taken and passed her barber board exam that day and her supplies were already in the car.

Moran says a near-death experience in 2016 changed her view on life. She was shot three times while standing on her porch. The incident resulted in an 8-hour surgery, a 10-day hospital stay, and physical and emotional recovery.

"He just shot four times in my direction and I caught three of them," Moran said. "Having a second chance at life, it's just sympathy and compassion and even having an understanding for others, no matter the situation."

She hopes to lead by example and send the message that the world can always use more love and compassion.

"I've gotten so much love from just helping Joe and it's almost unbelievable that it's love out here in a world of so much negativity and so many shootings and killings," she said.

"If I can just be a little hope and a little change and a little love that is in the community, maybe I can lead other people to do the exact same thing as I am."