Hero Dog Stops Traffic To Save Owner Having Seizure

A dog named Clover is being hailed as a hero for helping her owner survive a seizure. 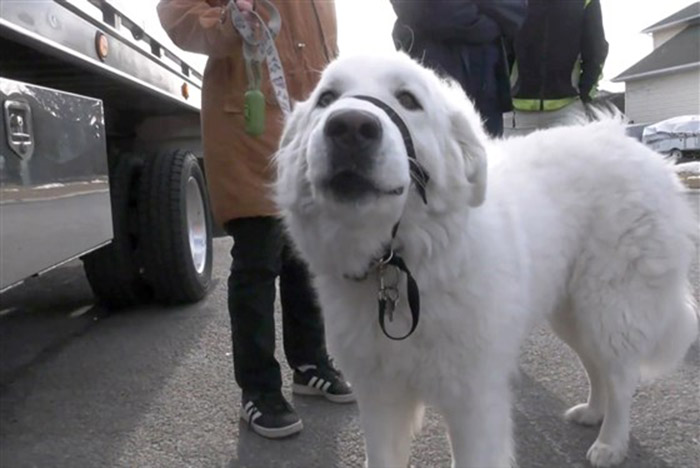 Haley Moore was walking Clover, a one-year-old Maremma mix, through their neighborhood in Ottawa when suddenly she began to have a seizure.

"All I remember is waking up in the ambulance and being really confused; just like what is going on," Moore told CTV News.

What happened in between was nothing short of incredible -- and it was all captured on a home's security camera.

The video shows Haley collapsing on the side of the road and Clover immediately jumping into action.

Clover first checks on her owner and quickly realizes she needs to get help. So, she heads into the middle of the road and blocks an oncoming truck's path, forcing the driver to stop and get out.

"It was really impressive, the dog actually blocked my way. She kind of backed into the road to block my truck," said the driver, Dryden Oatway.

Clover then went to track down the rest of Haley's family to alert them of the situation. When Haley's parents arrived, she was being treated by paramedics.

Haley is doing okay at home, though her family isn't sure what caused the sudden seizure. But Haley says she's comforted by the fact that she'll have Clover there to protect her if it ever happens again.