More Than 2,000 Gifts Are Donated After Presents Intended For Children In Public Housing Get Stolen

Christmas presents intended for children who live at a San Antonio public housing complex were stolen, so San Antonians donated over 2,000 gifts to replace them. 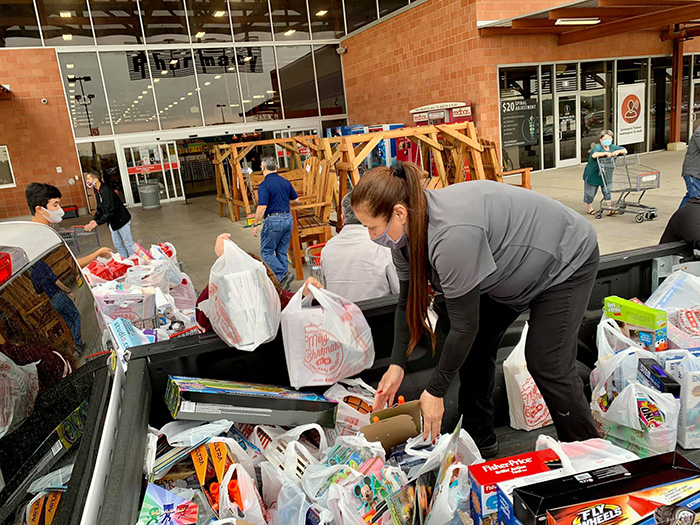 San Antonio Housing Authority staff had collected gifts for over 200 children who live at one of the city's largest public housing complexes -- and then the gifts were stolen the night before they were supposed to be handed out.

Today, we watched the community come together and create a special Christmas for Alazan-Apache Courts after toys intended for more than 200 children were stolen overnight. We are humbled & grateful by the generosity. Thank you, San Antonio, for saving Christmas for our SAHA kids! pic.twitter.com/O82PIWuIed

After the news broke, the city came together to save Christmas.

With the help of nonprofits, local churches and fellow San Antonians, the San Antonio Housing Authority received over $18,000 in donations and more than 2,000 toys.

Joel Tabar, director of community development initiatives at SAHA, said the housing authority has never received this many gifts.

"Operation Save Christmas is a wrap!" SAHA wrote in a recent Facebook post. "SAHA turned into the North Pole this week after an outpouring of donations came in from the community and partners like H-E-B to give our children a brighter Christmas after toys were stolen from one of our community centers last week.

Today, we gifted toys to some 1,600 SAHA children across San Antonio including our families at Alazan-Apache thanks to the generous donations from San Antonians. A Christmas blessing indeed. Thank you to Mayor Ron Nirenberg for helping distribute toys with us and to Sammy Nieto for keeping this 25-year tradition alive."