Mailman Hailed As Hero For Saving Woman On Route

A postal worker in Kentucky is being called a hero this week after he helped save the life of an elderly woman on his route. 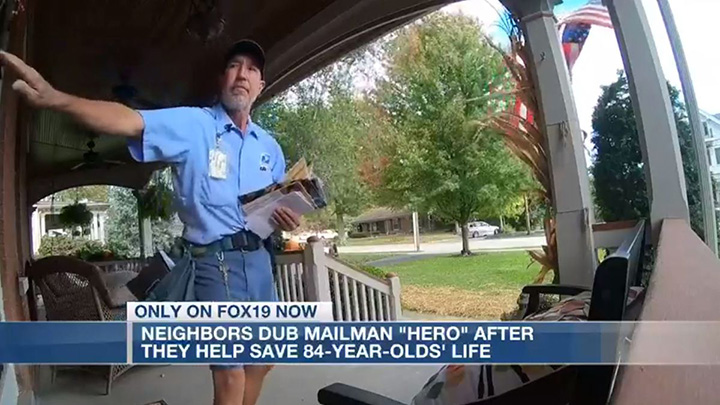 Mailman Karl Herklotz walked up to a house on Rossmore Avenue Monday, opened the mail box and placed the mail inside — as usual. But the nagging feeling that something was wrong followed him down the sidewalk.

Herklotz has been delivering mail along the same route in Fort Thomas for eight years. He says he's familiar not just with the neighborhood, but with the people and their routines.

The mailbox on Rossmore Avenue that gave Herklotz such a feeling of unease belongs to an 84-year-old woman he describes as a "very pleasant lady."

The problem? That mailbox was full.

Herklotz told neighbor Katie Giancola, who then called the police to come do a welfare check on the residence.

"They found her on the floor in the kitchen," Herklotz said. "Apparently she fell and broker her hip and she couldn't get up."

Police told Herklotz she'd been there for several days: "Probably since Friday," he said.

"Everyone just let out a sigh of relief," Giancola recalled. "Just very thankful that she was found in time and was alive."

The woman is recovering in the hospital as of Wednesday, he adds. Meanwhile, for Herklotz, it's back to his everyday route, delivering the mail to people, some of whom now see him in a different light.