A teenage bagger at a grocery store noticed an elderly customer fumbling around in her purse, coming up $20 short on a grocery bill of about $150.

So, he stepped in and paid the rest of her balance. 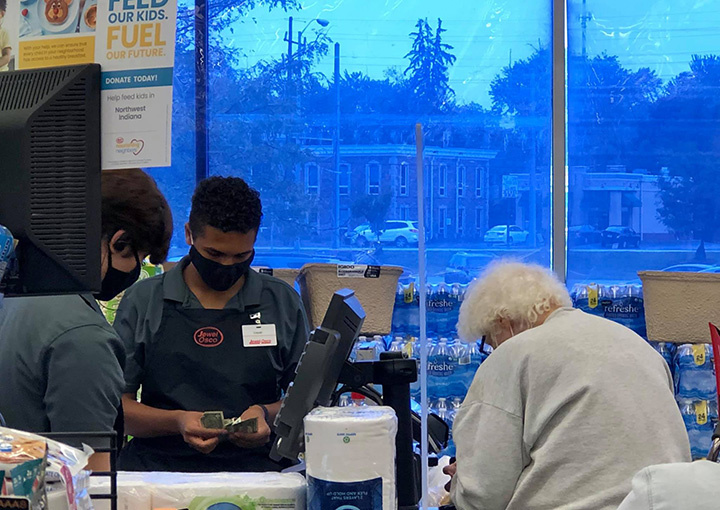 Izayah Edwards is a senior at Merrillville High School and works part-time at Jewel-Osco in Crown Point, IN.

His act of kindness was photographed by another customer in line whose social media post about the incident went viral.

"I took this picture while in line at the Crown Point Jewel-Osco a half an hour ago," Suzanne Dee posted on Facebook. "I had been thinking crabby thoughts about humanity just before I spotted this young man, who was bagging groceries, pull out his wallet to pay the remainder of a customer’s bill when she said she didn’t have enough. See? There are still heroes."

Edwards, who has worked at the Jewel-Osco for about a month, said he noticed the customer was taking a long time to count her money and happened to have $50 in his wallet, so he just gave her $20.

"What inspired me is that I felt really bad with everything going on with the pandemic and all the negative things in the world," he said. "This was a little moment in the day where I could show that someone out there really did care."

Edwards has since become somewhat of a local celebrity at work.

"It's been crazy. People have been congratulating me at work like I'm a superstar or famous now, so that's kind of fun," he said. "It's gotten a lot of attention. People said it says a lot about my character, that I was raised right, that I have a good heart, all these heartwarming things about me."