A 9-year-old boy in Kenya has received a prestigious award for building a hand-washing machine to help prevent the spread of COVID-19. 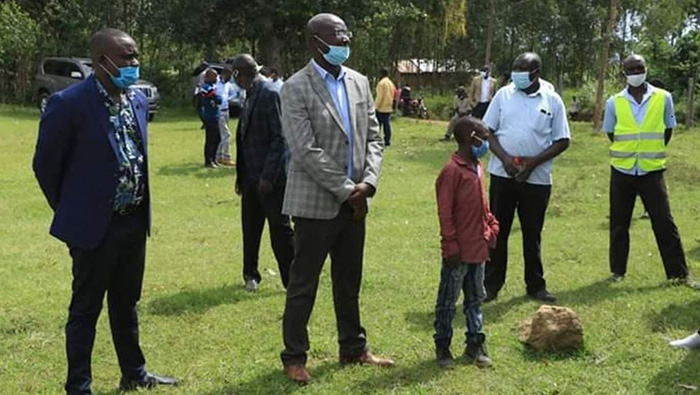 Stephen Wamukota was named by Kenya's President Uhuru Kenyatta as a recipient of the Uzalendo Award alongside dozens of others who have helped contribute to the country's anti-COVID-19 fight.

Wamukota's invention allows people to clean their hands without touching anything, therefore minimizing any possible contact with the virus during the process.

It is equipped with a pedal-like lever which users step on to release water for hand wash.

Wamukota came up with the idea on his own after learning on TV about ways to prevent catching the virus.

Wamukota's father told the BBC he had bought pieces of wood to make a window frame, but when he came back home after work one day he found the machine.

He posted his son's invention on Facebook and was surprised how quickly it was shared, he said.

Wamukota said that he wants to be an engineer when he grows up and the governor has promised to give him a scholarship.