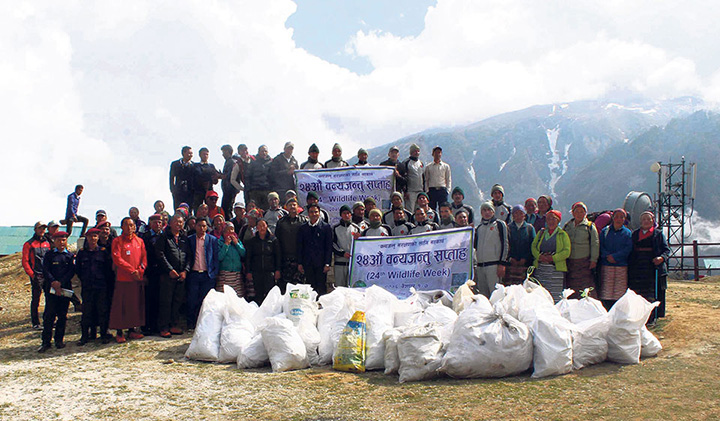 According to the Nepalese Army, the cleanup campaign was launched on April 14, 2019 as part of the 24th annual "Wildlife Week", a program organized by the Sagarmatha National Park Office.

After the cleanup campaign was concluded, the army transported half of the non-biodegradable waste by helicopter to the Blue Waste To Value Company. The remaining ton of waste was taken to the army barraks in Okhaldhunga for treatment, according to a press release issued by the army.

The Nepalese army has also pledged to provide the manpower and machines necessary for the Clean Mountains Campaign which will run until May 19, 2019.