Dog Who Saved Owner From Rattlesnake Wins Dog of the Year

A golden retriever who saved a woman from a rattlesnake was crowned "Milk-Bone Dog of the Year" at the 8th Annual Streamy Awards in Beverly Hills, California. 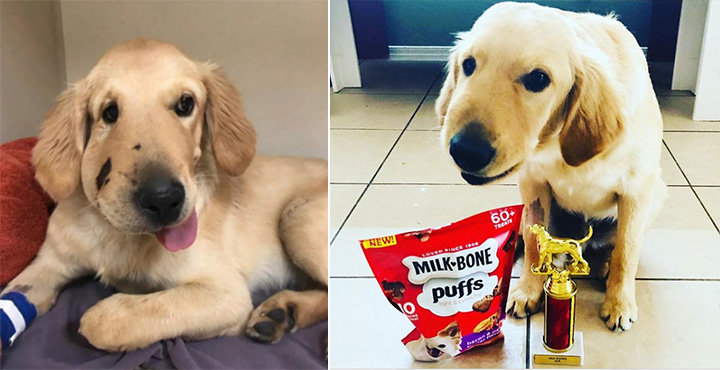 At just 6 months old, Todd put himself between owner Paula Godwin and a gray-speckled, gray and white rattlesnake while on a walk near their home in Arizona.

Todd was bitten and spent 12 hours in an animal hospital before being released. Godwin posted the story of Todd’s heroic act on social media and it went viral. Milk-Bone took notice and sent Todd a care package of treats while he recovered.

Earlier this week, Milk-Bone named Todd their "Dog of the Year" at the 8th Annual Streamy Awards.

"We created this honor because we believe that dogs deserve to be honored in the same way humans are honored," said Jonathan Rodgers, senior brand manager, Milk-Bone. "We are thrilled that fans voted for Todd to win the first ever Milk-Bone Dog of the Year Honor. Todd truly embodies the qualities associated with this honor and goes above and beyond by providing comfort and happiness to all of those around him."