The King And The Cobbler 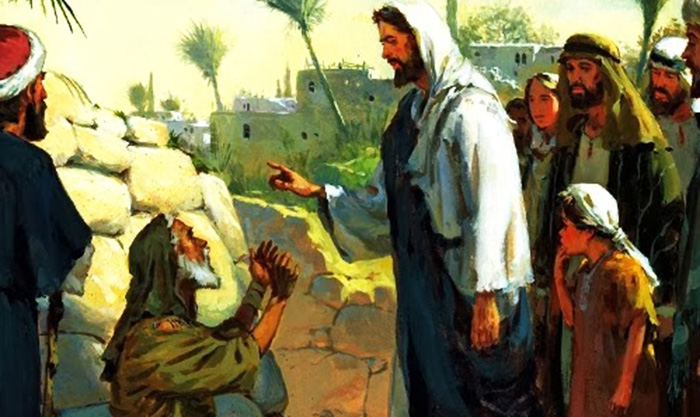 You seem to perfectly apply the Law consciously. You understand that circumstances don't matter and that they have no power. Here is a story that may inspire you even more :D

Once upon a time there was a king who worried day and night about what tomorrow might bring. He feared he would lose his power, his wife might not love him, his subjects would become disloyal. He could not sleep for all his worries about the future.

One day the king noticed a poor cobbler hard at work in the marketplace. The fellow wore ragged clothes and was thin as a blade of grass, but his smile was bright as the moon. Surely this man must worry; how could he smile so brightly? The king decided to find out.

The next day the king dressed in rags and walked to the market just as the cobbler was finishing his work. Secretly he followed the cobbler and watched him buy a loaf of bread before returning to his tumbledown hut. When the cobbler was inside, the king knocked upon the door.

When the cobbler answered, the king said, "Please sir, can you spare some food for a beggar?"

"Of course," the cobbler said.

As they were eating, the king asked, "Why are you so happy?"

"Today I earned enough money fixing shoes to buy this loaf of bread!"

"But what if you don't earn enough for food tomorrow?" the king asked.

"I have faith," the cobbler answered. "All will be well."

This impressed the king, and when he left, he wondered what would happen if the cobbler could not earn his bread. Surely then he would not have such faith.

The king decided to test the cobbler.

The next morning in the marketplace, the cobbler saw a new sign in the marketplace. The king had decreed no one was permitted to repair shoes. From this day on, whenever someone's shoes wore out, that person must buy a new pair.

The cobbler was puzzled, but he did not despair. When he saw an old woman trying to pull a heavy bucket of water from the well, he walked over to help and carried her bucket home for her. "Thank you son," she said, and she rewarded him with a coin. That gave the cobbler an idea, and so he spent all day carrying water for people until he had enough money to purchase a bowl of soup.

That evening the king once again dressed in rags and hurried to the cobbler's hut. "Surely he'll be weeping tonight," the king said, but through the window he saw the cobbler sipping soup and smiling. The king knocked. "I came to see if you were all right," he said, "for I saw the new decree. How on earth did you pay for this soup since you could not fix shoes?"

"I carried water," the cobbler said. "Please, come in and share my soup. You look hungry."

"But what will you do tomorrow?" the king asked. How could this man have such faith?

The next day the cobbler walked to the well, but now there was a new decree: "It is illegal to carry water for others," said a brand-new sign.

The cobbler shook his head, but when he saw a man carrying a load of wood on his back, his face lit up, and so all day he carried wood for people until he had earned enough money to buy a chicken.

When the king disguised as the beggar came to the hut again that night, he was dumbfounded to see the cobbler happily eating. "How did you pay for a chicken?" he asked.

"I carried wood!" the cobbler said. "Come, share this chicken with me."

Now the king realized he would have to be far cleverer than he had been. "When he cannot eat, he will lose his faith," the king said to himself.

And the next morning when the cobbler joined the other wood carriers, one of the king's guards announced, "From now on the wood carriers will serve as palace guards. Follow me!"

Naturally the cobbler obeyed the guard. He stood all day long outside the palace dressed in his fine uniform with a silver sword at his side. When it was dark, the captain announced he was free to go home.

"And will you pay me so I might buy my evening's meal?" the cobbler asked.

"We shall pay you when you have proven yourself," the guard said. "First you must work for one month."

As the cobbler walked home, he thought and thought, and when he passed a pawnshop, he made a decision. He would sell his sword for enough money for meals for the month. When he was paid, he would purchase back the sword.

That night when the beggar knocked upon the cobbler's door, the cobbler invited him in. The king disguised as a beggar was amazed to see the table laden with a feast of cheese and bread and wine. The cobbler was whittling away at a piece of wood.

"But how did you buy all this?" the beggar asked. "And what are you making?"

So the cobbler told the story of pawning his sword. "I am carving a wooden blade to take the place of the silver."

"Very clever," said the king disguised as the beggar, "but what if you need your sword?"

"I have faith. All well be well," the cobbler said.

The next day as the cobbler stood guard, the king's soldiers brought a thief to the gates. "This man has stolen from the market," the soldiers said to the cobbler. "The king orders you to cut off his head!"

The thief threw himself on his knees before the cobbler. "Please spare me, my family was starving," he begged.

The cobbler stood tall and thought long and hard. If he pulled out his wooden sword, both he and the thief would be beheaded.

At last he said a silent prayer and looked at the gathered crowd. Placing a hand on the hilt of his sword, he said, "If this man is guilty, God grant me the strength to cut off his head. But if he is innocent, let God transform the blade of my sword to wood."

And he withdrew his sword.

The crowd gasped at the sight of the wooden sword and cried, "A miracle!"

The king approached the cobbler and asked, "Do you know who I am?"

"Of course," the cobbler said, "you are the king."

The king shook his head and said, "I am the beggar who came to your door," and then he told the cobbler of his tests.

"Your faith has driven away my fears about the future," the king said, and he announced the cobbler would become his most trusted adviser.