The royal beekeeper, who has helped to look after the insects for well over a decade, has taken part in a peculiar ancient tradition by telling the bees that the Queen has died. 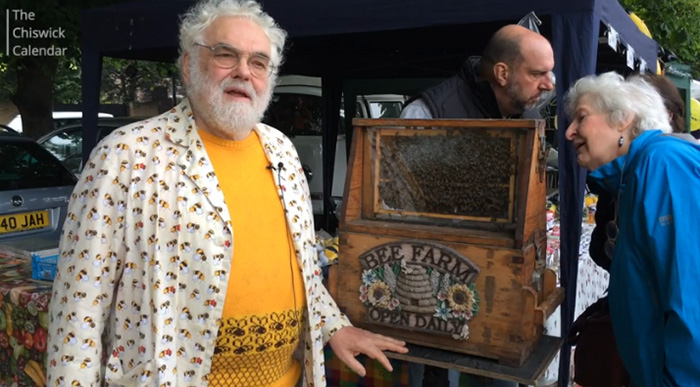 79-year-old John Chapple, who is the official palace beekeeper, said that he was not aware that informing the bees of the Queen's death was part of his role.

He travelled to Buckingham Palace and Clarence House to carry out the ritual.

He placed black ribbons tied into bows on the hives before informing them that their mistress had died and that a new master would be in charge from now on. Afterwards he urged the bees to be good to their new boss, King Charles.

"I'm at the hives now and it is traditional when someone dies that you go to the hives and say a little prayer and put a black ribbon on the hive," he told the DailyMail.

"I drape the hives with black ribbon with a bow.

The person who has died is the master or mistress of the hives, someone important in the family who dies and you don't get any more important than the Queen, do you?

You knock on each hive and say, 'The mistress is dead, but don't you go. Your master will be a good master to you.'

I've done the hives at Clarence House and I'm now in Buckingham Palace doing their hives."

There are two hives in Clarence House and five in Buckingham Palace. Each hive contains around 20,000 bees. In the summer there are well over one million bees, Chapple said.