A rural Japanese town under siege by monkeys is being defended by three elderly women armed with airguns who call themselves the "Monkey Busters". 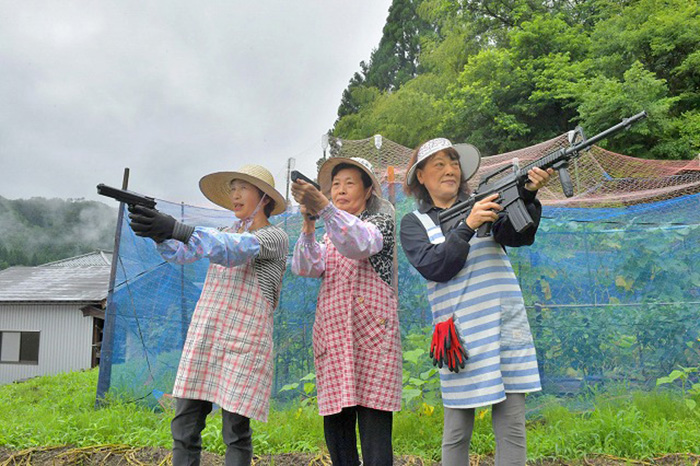 Masako Ishimura, 74, Tatsuko Kinoshita, 68, and Miyuki Ii, 67, have joined forces to battle the monkeys who have been devouring local farmers' vegetables and produce.

According to local newspaper Fukui Shimbun, the monkeys have been severely damaging onion, eggplant, soybean and potato crops in the area since 2015.

With scarecrows and anti-animal netting proving to be ineffective at protecting the crops, the three women decided to take matters into their own hands, banding together and arming themselves with airguns in order to scare off the monkeys. 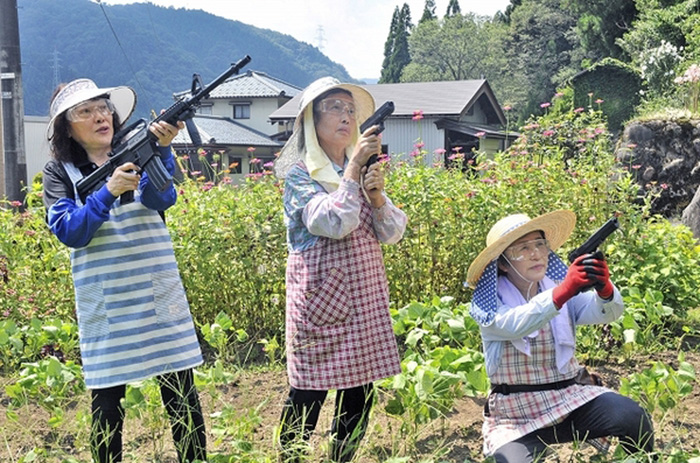 Whenever anyone from the community reports a monkey sighting, the Monkey Busters are immediately notified and drop everything to rush to the scene with their airguns, often arriving in their aprons as they don't want to waste a minute in responding.

Once on the scene, the Monkey Busters fire warning shots in the direction of the monkeys.

"There are many elderly people in the Miyama area, and the cultivation of fields is indispensable for health and vitality. It is necessary for the area to continue working together in the future," Ishimura's husband told the SoraNews24.

The diehard resolve of the Monkey Busters to protect not only local crops but local livelihoods has received a lot of praise from the community.